The film adaptation of How to Build a Girl feels like a familiar story.  I’ve seen these characters before, read stories about them.  But it’s a different sort of story than How to Build a Girl by Caitlin Moran.  It lacks something that makes the books so enjoyable to me, and instead is a similar coming-of-age story. I think movie-Johanna and book-Johanna could come to be friends.  But they have different journeys.

Please be patient with me as I try to explain.  How to Build a Girl is one of my Top 20 favorite books on a level of sheer enjoyment.  I can’t quite say I disliked the movie, but I am a little… baffled by it, I guess.  It has the feel of a misremembered experience.  If I hadn’t re-read the book a week before watching the film, I’d be second-guessing a lot of my memories of the story.  That’s where the close-but-not-quite feeling comes in.

There are two fundamental missing aspects from the film adaption:  wit, and sex.

These two often go hand-in-hand in Moran’s writing, so the absence of one definitely affected the other.

Her desires to be a Lady Sex-Adventurer take up at least fifty percent of the novel, and therefore, pulling out a lot of her sexcapades affected her character growth in the film.  From her first kiss to wankgate to the not-so-threesome, these pivotal turning points in her relationship with herself, her family, her career, and the world needed to be replaced.  In doing that, the entire feel of the film changed.

This left me feeling a bit unenthused.  Especially because it was not all gone.  Just mostly?  For example, a reference was made to her intercourse with Al (book readers will know what I’m talking about here) but only the first to items on her list of helpful suggestions make the list before Chrissy goes to puke.  This scene in the book – from the initial shock to the very real pain and extended bath stay – is my favorite part of the book.  It is so funny while still being quite real.  Or course, talking about vaginal wall tissue trauma is probably a little too uncomfortable for the general film audience. 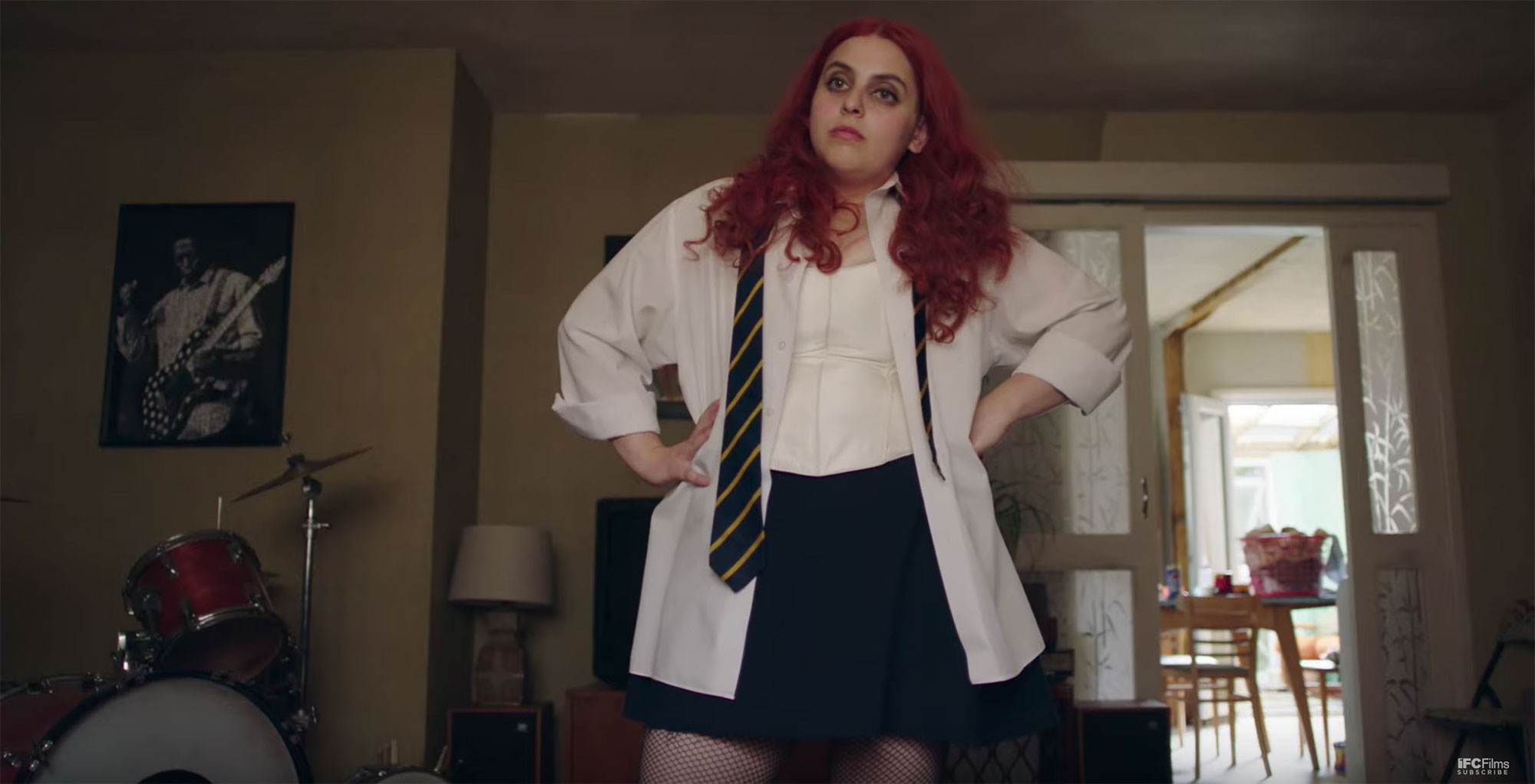 Apologies for the still pictures?  I know I normally load up these Book vs. Movie posts with GIFs, but of all 5 GIFs I could find, 1 had Beanie and all the rest were Alfie Allen.  I also have some thoughts on this, but they are mostly annoyed noises.

I can only speculate the reasons why the story was so changed.  Three immediate possibilities come to mind – the desire to make the film a bit more family-friendly (not PG, granted, but like… PG-13), Beanie Feldstein’s possible discomfort with certain bits (this was her first-ever sex scene), or perhaps the fact that Hollywood is still not ready for sex-driven female protagonist.  Then there is Johanna’s age – while I know very few people who didn’t have sexual relations at Johanna’s age, there stands the fact that she’s sixteen, and that can be very uncomfortable.

So, please know, I’m not condemning the removal of these scenes from the visual element.  But it’s impossible to deny that their removal severely affected the story.

All of the relationships in this film are shifted from the book, and yes, that includes Johanna’s friendship with John Kite.  The character builds themselves are a bit different, including and not limited to:

These are all idle observations.  Chrissy helps Johanna jumpstart her career by showing her the D&ME contest and helping with the funding of her transformation.  In a pivotal moment, she blows up at her family for judging her and it is this event that leads Chrissy to move into the dining room (replacing Wankgate).  This explosion also results in her father quitting his musical dreams.

In the book, Johanna’s final revelation comes after she very nearly enters a threesome that becomes a twosome without her and her Tony Rich calls her his “piece of rough” and she realizes exactly how she is valued.  The “piece of rough” comment made it into the film, but in an entirely different context.  Instead of transforming herself into a different kind of reviewer, this leads her to quit D&ME, call all the bands she insulted to apologize, as well as cut her hair and offer it as a peace offering to John Kite, whose secrets she’s scattered for all the world to read.

Of course, in How to Build a Girl the book, this all happens quite differently, and it is John who helps talk Johanna through her transformation and offer a listening ear.  She transforms herself, true, but the magazine is a far less toxic environment than in the film, and she never breaks with John.

Cut out all Johanna’s sexplorations, though, and you have to replace character motivations.

As is to be expected, there were many minor alterations as well.  You know those little things that get changed and you can’t think why because they’re such minor details?  Johanna’s first band was different, John Kite slept in the tub the first time, her family breeds border collies and when that’s discovered it’s why her family loses disability benefits.  The self-harm scene was very different, and also she wins an award?

To be fair, some of this stuff may happen in How to Be Famous, which I still haven’t read.

Looking at this more objectively – as a film and not as an adaptation – I think it’s just okay.  It’s not a bad movie, but it’s also not memorable.  Beanie Feldstein and Alfie Allen were both excellent casting.  Honestly, Beanie killed it – I can’t imagine a more perfect Johanna Morrigan.  But the pacing is so inconsistent – you jump in so fast then it dragggggs for a while, then the rollercoaster rears back up again.  I watched this with my husband and found myself filling in a lot of missing information to round out the film for him, so there’s definitely gaps that leave the film feeling incomplete.

It’s just okay as a film.  I wouldn’t say don’t watch it, because really Beanie is fantastic and there’s a fun bit of 90s nostalgia and a couple of solid lines.  But if you have to choose, go for the book.  The book is so much better.

What have you been streaming lately?  So many movies are going straight to stream this summer that How to Build a Girl is just one of many!  Tell me all about your favorite direct-to-steam films in the comments!

0 Comments
Tags: Books to Film, How to Build a Girl
« The Burning Sky by Sherry Thomas
How My Experience in Retail Helped Prep Me For Blogging Life (& All Life) »

Have my trusty phoenix fly all the latest posts right to your doorstep!

Happy Tuesday everyone! 🐝 What books help you

Happy #ShelfieSunday everyone! 📚 About a month

Hello everybody and happy Tuesday! ♥️ For tod

Happy #ShelfieSunday everyone! • My upcoming TBR